I sit in the train, my two brothers accompanying me for just one stop, on my way to Florence once again. We talk, they get out, I’m alone in a compartment of 6 seats. The door opens, in comes a man, 30-40 years of age, dark hair, t-shirt, jeans, a tiny suitcase, no German, hardly any English. He’s clearly not accustomed to this train system or anything. He asks me if I am from Austria and where I’m heading, all of this communicating with hands and feet and probably 5 actual English words 😛 He puts his suitcase on top of my seat, not his. I am a bit confused, but don’t really mind, I just travel lightly anyway. He says he’s Arabic, from Syria. Going to Rome to fly to – I don’t know where, didn’t quite understand because of the language barrier. Those are the few words he says. He sits down, but doesn’t calm down at all. He sends Whatsapp voice messages to someone. Over and over again. In this foreign language, I don’t understand. He sits there, nervously. bouncing on his seat a bit. He desperately wants the door open. He goes out, comes in. Goes out, stays out a bit, comes back in. Sends another voice message. Goes back out. Stays out for a while. Comes back in.

As crazy as all of this seems, even crazier are my thoughts. I am putting a puzzle together. A puzzle of pieces that I think would fit together.

Nr.1 he has darker skin,

Nr. 2 he only speaks Arabic, no German, no English, „just“ Arabic,

Nr.3 he travels with just a suitcase and puts it on top of MY seat, MY seat!!!

Nr. 5 he runs out all the time, leaving the suitcase behind,

Nr. 6 I have no clue what is in this suitcase,

Reflecting on this, this is interesting. Did I think that this guy had a bomb in his suitcase and was going to blow up the train? Maybe. For a while I did so. Yeah. Of the pieces of this puzzle, how many did I actually create and how many were created for me? How many of those pieces where planted because of stories in the media, stories of people, headlines in newspapers? Skin color doesn’t really say anything about a person. Neither does his language he communicates with. People do communicate with each other. His behavior of what I think I see in this person in this particular moment? Na, neither. Maybe he was nervous because he doesn’t like travelling, being on trains, or maybe he was claustrophobic. I have no clue. Is that a reason for me to think, that he is gonna harm me? No. This suitcase he had probably had all his belongings and things he cared about.

What happened to him? I don’t know too much, unfortunately. All I know is following. At the Italian border, they had border control. He gave them the passport, they read Syria. Their first reaction was: Come with us. Take your stuff and come with us. Italian police talking of Asylum seeker from Syria. Syria. Asylum. Bla bla bla. He was kicked out of the train. Just because he had a Syrian Passport. No questioning of where he’s going or what he’s doing, or how long he is here. Just kicked out. I unfortunately have no idea what happened to him. I saw him being escorted off the platform by three police men.

My apologies to this Syrian refugee. I thought wrong of you. I don’t have the right to judge you by what I see in 2 hours of you. I am sorry that I am not the only one. 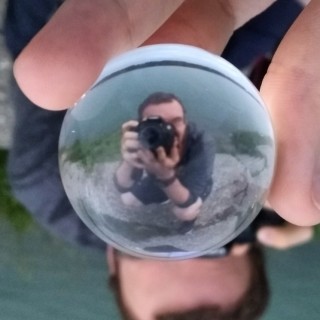